Free chapter of The Path to Tyranny

The Path to Tyranny: A History of Free Society’s Descent into Tyranny 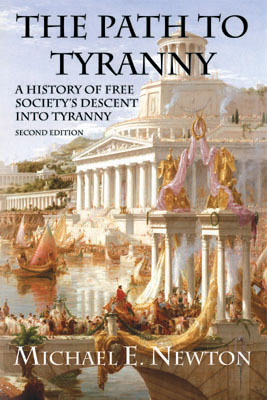 The first chapter of The Path to Tyranny is now available for free as a PDF right here. Just click the link below to get it.

Western civilization is risking the return of tyranny by increasing the size and scope of government. Throughout history, free societies descended into tyranny when their populations realized they can use the power of government to give themselves benefits at the expense of others. The Path To Tyranny examines how and why each of these free societies descended into tyranny and evaluates the current prospects for the United States.